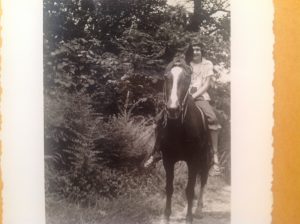 Interested in the history on the Gaines Family Barn?

Then read the account below, as recollected by Mr. James Robinson of Atlanta, GA…husband for over 60 years of Janet Ruth Gaines Robinson (pictured here on her beloved horse).
Janet and her sister, Frances “Fran” Gaines Osborne of Atlanta, GA, are the daughters of the late Frances “Frank” Pendleton Gaines who was the youngest child of John Edmond Gaines and his wife Effie Jane Duke Gaines. Janet and Fran were the only grandchildren. John Edmond built a beautiful, spacious home and barn in Westminster, where he and Effie Jane raised their five children. Residents of Westminster may remember their son, John Edwin, who lived in the house until late in his life, and their daughter, Ruth Gaines Davis, who lived as an adult in a house across the street.

John Edmond Gaines began to build the house and barn, along with a well and dam, in the 1890s…finishing them all by 1900. They had a small farm that contained horses, milk cows, and chickens. There was also a big garden around the back and side of the house; large black pots and lye soap for washing clothes; and two small rooms for ironing clothes on the north side of the house. Mr. Gaines built a dam and used a hydraulic ram pump to bring the water up to the trough at the barn. When he first came to Westminster, he started with a blacksmith shop, then opened a carpentry shop, and ultimately bought up much local timberland for the Gaines Lumber Company, which was located near the train tracks at the end of town (presently Highway 123 and King Street). He became a very successful builder and was the main contractor for the Westminster Baptist Church built in 1914. When the church was razed in 1977, Ruth, who took over ownership of the lumber company from her father, requested the original Pastor’s Chair and the chair for the Deacon of the Week and kept them in a small office in the barn. It’s where the present owner’s found them and cleaned them – and where they once again will be present as couples say their marriage vows in what is now The Chapel at Magnolia Manor.

Glenn and JoAnn Blake are the owners of Magnolia Manor Bed & Breakfast, which is adjacent to the original Gaines property. They purchased the Gaines house and barn in 2018 with the intention of making the barn into a chapel and eventually restoring the old home, which has been vacated since the early 1980s. JoAnn said, “From the first day 12 years ago when I saw that barn with its tall peaked roof, I always thought what a great chapel it could be.” Glenn added, “But taking on a project like that, when there are so many other needs, remained just a dream.” Fast forward to February 1st, 2019, and JoAnn relates, “I said, ‘Lord, I want this chapel. If YOU also want this chapel, I need the money to do it. And within 20 minutes of that prayer, we received a $4,000 payment we did not expect. Okay, Lord! We have an understanding! Thank you!” The final stained glass window will be installed by May 1, 2019, followed by a wedding for 36 guests on May 3rd!

The Chapel at Magnolia Manor Bed & Breakfast, which now encompasses 11 acres, offers another awesome ceremony location beyond the lovely garden and partially-enclosed pavilion that are adjacent to the large reception hall. The chapel can seat up to 130 guests and offers peaceful, private space, and a beautiful view out the back doors…including the water trough built for the horses.

On April 4th, 2019, Magnolia Manor Bed & Breakfast was named #4 on the TOP TEN BEST WEDDING LOCATIONS IN SOUTH CAROLINA. Glenn and JoAnn remain grateful for the Lord’s blessing and protection and to their sons Eric and Ryan, their families, friends, vendors and staff that are the family and team that have made Magnolia Manor what it is today! 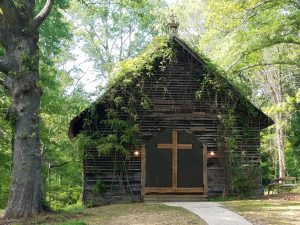 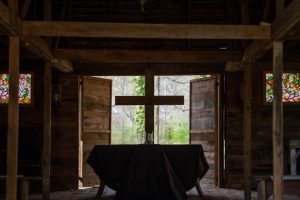 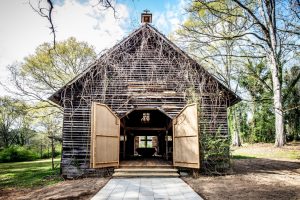 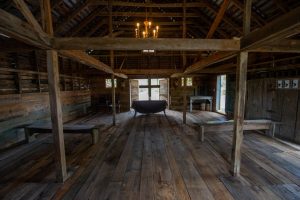 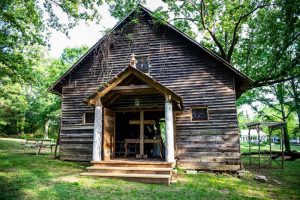 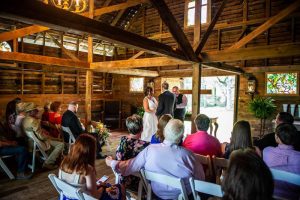 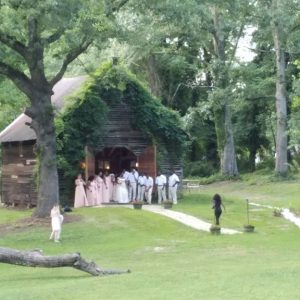 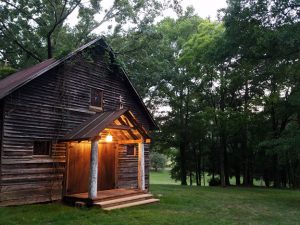 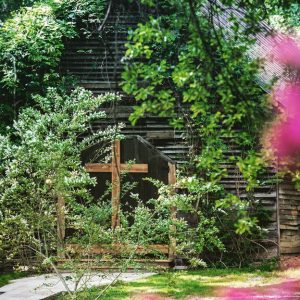 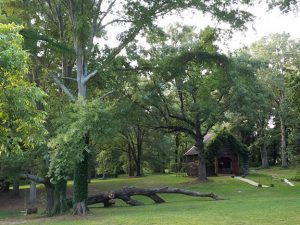 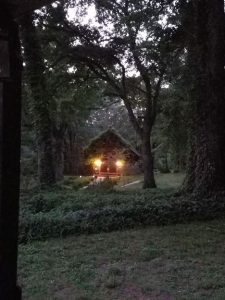 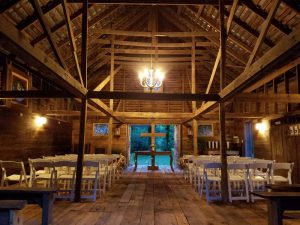 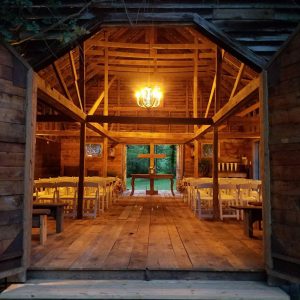 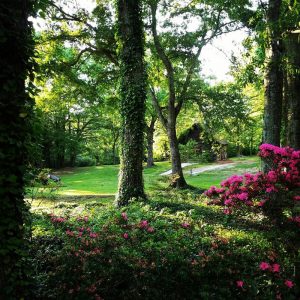 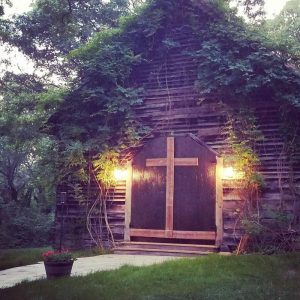